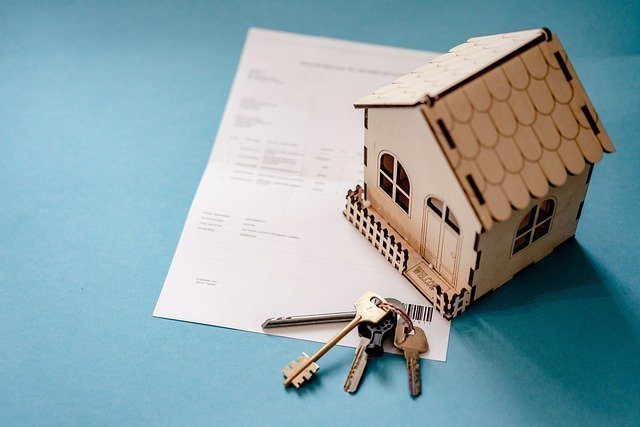 The lifting of Covid restrictions recently could see the supply of property rebuild and normal house price economics return, according to leading property consultancy Knight Frank.

“What happens in the property market in the first two weeks of the year is often a useful barometer for the next six months,” Tom Bill, Head of UK Residential Research at Knight Frank. “We can gauge the appetite of buyers and sellers who have spent the Christmas holiday contemplating their next move.”

He said this year also comes with the caveat of Omicron, with initial jitters about its impact subsiding in recent weeks. “Looking at the data for the first ten working days of January, a few patterns are clear,” Bill said. “The first conclusion to draw is that supply will build. Explanations for the gravity-defying house price growth seen during the pandemic have often centred on the ‘race for space’, accumulated household savings and the stamp duty holiday.”  He added: “The less eye-catching and arguably more important fact that supply has been tight is often overlooked, although the RICS has been flagging the issue for months. As the ever-sensible equity analyst Kevin Cammack of Cenkos Securities wrote last week: &#39;Normal house price economics are out of the window until the supply side improves.” So, to what extent has supply been building in early January?

Knight Frank says the answer to that question is “tentatively”, as the below chart demonstrates. 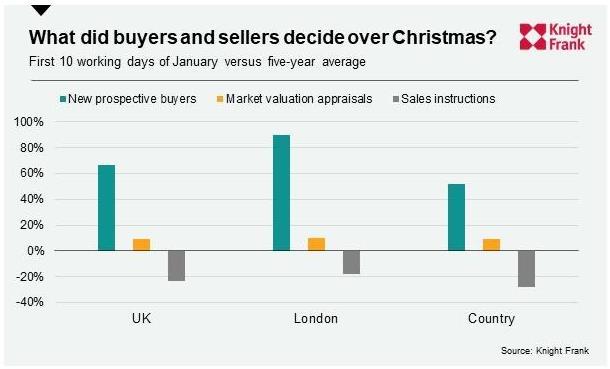 Bill says market valuation appraisals are a leading indicator of supply and the UK figure was 9% higher than the five-year average. “Indeed, compared to the same period last year (when the country was locking down), the figure was up by 48% and was last higher in 2016. It was a similar trend across all parts of the country,” he explained. “However, the number of new sales instructions was still down by a quarter.  The drop was lower in London, which can be explained by lower seasonality in a market where owners are less likely to wait for spring before listing. It also underlines how the London property market is very much in bounce-back mode as the economic epicentre of the country re-opens. The number of offers accepted in the capital in November was the highest it has been in ten years, Knight Frank data shows.”

Bill adds that new demand in the capital is also out-pacing regional UK markets, with the number of new prospective buyers 67% higher than the five-year average. In markets outside of the capital, the increase was 52%. Knight Frank recently explored why demand might not remain so high throughout the year. In summary, demand continues to outweigh supply but there are signs of a reversal, Bill concludes. “We have made the same observation before, but that was before Omicron. If the lifting of restrictions this week begins to feel permanent, supply is likely to normalise. Until then, normal house price economics are likely to remain elusive.”