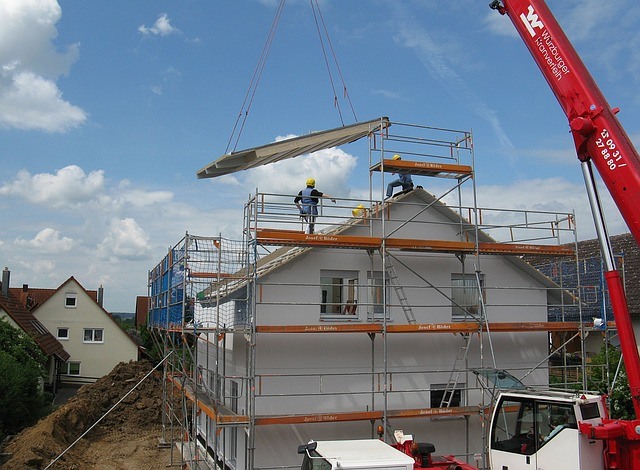 The value of new-build properties is beginning to outstrip the value of existing properties, according to a study by DJ Alexander Ltd.

The property management firm found that over the last year the average value of new build properties in the UK has increased by 8.5% at a time when existing property values only rose by 2.9%.
This was most prominent in Wales, where the value of new builds increased by 10.2% over the last year, while Northern Ireland was the lowest at 4.8%. The greatest increase in average value for existing properties occurred in Scotland, where prices rose by 4.4%, while England was the lowest at 2.8%.

On a regional scale, the East Midlands recorded the highest new-build value increase at 9.6%, significantly higher than London at 3.1%. For existing properties, the East and West Midlands had the joint highest increase, with London the lowest at 0.009%.

This appears to be a long-term trend, with average new build values increasing by 41.8% over the last five years compared to an existing property value increase of 31.9%. David Alexander, managing director of DJ Alexander Ltd, said these figures highlight the ‘tremendous growth’ in the value of new-build properties over the short and medium term. He noted that, over both one and five years, there is not a part of the UK where new-build price growth has not outperformed existing properties and often by a considerable amount – indicating the ‘vibrancy’ of the new build sector.

The reasons for this may be to do with where these properties are being built,” he continued. “They are more likely to be in areas of growing appeal whereas the existing housing stock may be in parts of cities and towns which were once thriving but may now be in need of some upgrading.”

Alexander said for individuals and for investors, this highlights the value of buying new build over traditional. “You get exactly what you want, it is generally designed to the standard that you want
and is in a location of potentially like-minded people, i.e. estates of young families, communities of professionals, and areas predominated by the elderly,” he added.

“All of these factors are potentially very attractive to buyers and to investors who will be buying something they can understand and, as these numbers show, will not just hold their value but will outperform the traditional market over the short to medium term.” According to Alexander, London recording the lowest new build price growth over the last year – and falling to its lowest level in six years – reflects the wider slowing in the housing market.

“These figures provide further evidence to encourage local and national government of the importance of encouraging new builds across the country,” he said. “Demand is clearly high which is why prices are outstripping those of traditional homes. This is a clear indicator that we need to free up land to build where people want to live, in properties that are attractive, and in areas that require homes for the future.”