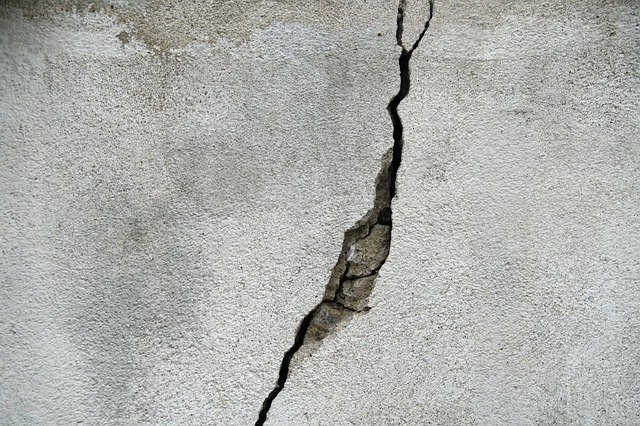 Subsidence – would you know if your investment property had it?

Along with Japanese knotweed, it’s one of the issues that can have the biggest impact on a home’s value and ability to sell, but would you be able to spot subsidence?

You wouldn’t be alone if not, with new research suggesting that 4.4 million homeowners aren’t aware of how to spot it. The findings from LV= General Insurance (LV= GI) reveal that more than half of homeowners (51%) don’t know what the signs of subsidence are, which are crucial to prevent it from getting to a very bad stage.

With more mini heatwaves and scorching temperatures expected this summer, homes across the UK are at their most susceptible to the risk of subsidence, LV= GI claims. The insurance firm is urging homeowners to understand the signs to ensure any issues can be identified and dealt with as quickly and as early as possible. The company says, in the last year, it has witnessed a 49% increase in subsidence claims, with larger claims costing around £30,000 and some even reaching beyond £500,000.

The peak in volumes has been sparked by the significant rise in building surveys related to house sales, as well as the summer last year, where the UK experienced its third hottest day on record in July and a significant heatwave during early August. The last major spike in subsidence claims before this occurred in 2018, with a 51% increase from the previous year due to another  exceptionally hot year.

Subsidence – What to look out for

Subsidence is when the ground beneath your property sinks because the soil is unstable. Promisingly, a large majority of UK homeowners (87%) said they do understand what subsidence is, but when quizzed further about the signs, the understanding of homeowners was much more limited.

The data from LV= GI shows the percentage of the population who managed to spot true and false signs of subsidence, revealing that homeowners and prospective buyers need real guidance on what to look out for.

Sinking or dips in pathway or driveway – 53%

Doors and windows difficult to open or stick – 48%

Wallpaper tearing (with no signs of damp) – 25%

Tilting large trees outside the home – 30%

For those who have spotted signs of subsidence in their homes, the most common response was to call their insurer (51%). Meanwhile, just over a fifth (22%) had professional checks undertaken by building surveyors, but worryingly, over a quarter (26%) didn’t do anything at all. On top of this, the research found that 53% of homeowners don’t know if subsidence damage is even covered by their current buildings insurance policy. 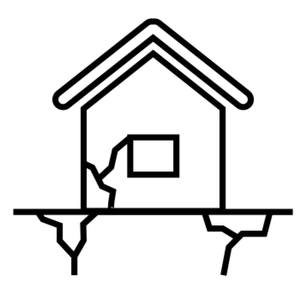 To buy or not to buy

The research found that 43% of homeowners would still consider buying a property with a history of subsidence. That said, of this number, 29% of homebuyers would only commit to a property if a building survey confirmed it was safe and a further 7% admitted they would strategically use it to negotiate a price cut. By contrast, another 7% of homebuyers said they wouldn’t be concerned at all.

According to LV= GI, clay shrinkage and soil erosion are some of the biggest causes of subsidence in the UK, accounting for over 90% of claims, yet over half of the nation’s homeowners (55%) don’t know what type of soil their home’s foundations are built on.  What’s more, nearly a third of UK residents (31%) were unaware of the precautions needed when living in a subsidence-prone area with clay or sandy foundations. With clay soil, for example, homeowners need to keep the area around their home hydrated to stop shrinkage and cracking, as well as laying gravel or grass to help water to drain through naturally.

Checking pipes and drainage systems for leaking water is also important in sandy areas, which can wash away or soften the soil. Prevention is better than cure Nearly half (47%) of homeowners don’t carry out precautions at all to protect their home from subsidence, the research found, with the most common reason amongst this group being that they currently don’t believe their property is at risk (57%).

Nevertheless, LV= GI found that some 53% of homeowners are taking precautions seriously with over two thirds (38%) inspecting their property for possible cracks or signs of movement, while another 18% professionally remove or prune trees and shrubbery growing near their home. To manage the weather’s impact on soil dryness resulting in clay shrinkage, 11% are keeping the ground near their home hydrated whilst 10% are removing hard/non-porous surfaces, such as patios or concrete, to allow rainwater to drain directly into the ground.

Martin Milliner, claims director at LV= General Insurance, commented: “During the summer months, intense heat can affect our foundations and lead to subsidence, especially if your home is built on clay soil. Our research has found that many homeowners don’t fully understand the significant signs of subsidence, and we want to help consumers be confident enough to spot them at an early stage.” He added: “It’s also a good idea to carry out any precautions on your home, as making small changes early on can help make a difference. From our research, we can also see that a high proportion of homeowners don’t know if their buildings insurance covers subsidence, and I’d encourage them to check so it’s not a potential costly problem in the future.”

For more information about spotting signs of subsidence and preventative measures, LV= GI has produced this handy guide.