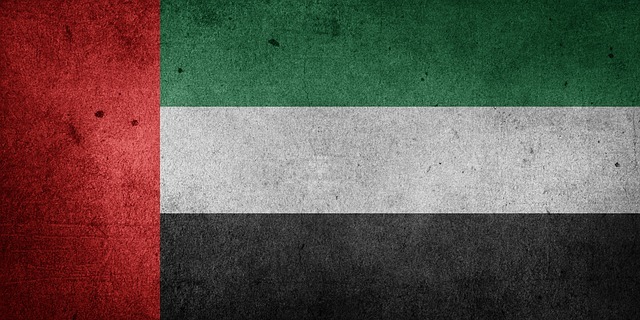 Expats and foreign nationals in the UAE are using the weak pound to snap up UK properties while prices remain affordable outside London and the South East, new research by Liquid Expat Mortgages has found. The figures show that there has been a 20% increase in foreign nationals and expats within the UAE investing in UK property year on year.

With these foreign buyers investing in buy-to- lets, first homes and second homes, roughly 60% opted for properties in Manchester in 2017, while 25% chose Birmingham. London, however, has seen the number of buyers from this region dwindle by 60% – a result of high property prices and poor rental yields, according to the study. When it comes to property prices, the research unveiled a surprising trend in the last 10 years, with average values falling in the UK (in real terms) compared with a decade ago. There is also a huge divide between the North and South of England and big price differences between London and the South East and other regions of the UK. In London, for  example, the average property value has risen by nearly 70% in the last 10 years, while Northern Ireland experienced a 40% drop in average property values.

With a rise in the number of working expats and foreign nationals investing in the UK, there has also been an increase in the number of mortgages catering towards them, with some mortgages offering interest rates as low as 2.74%. This is considerably cheaper compared with the average mortgage interest rates in the UAE of around 4.25% for Dubai property. “There is plenty of legislation in the UK to protect property buyers and the process is straight-forward, compared with many other parts of the world,” Stuart Marshall, managing director of Liquid Expat Mortgages, said. “For a long time, being an overseas investor was the preserve of those with wealth, who could afford to buy prime London property and take on a mortgage in excess of £700,000.” Marshall continued: “Over recent years, there are many teachers, nurses, IT workers who have been turned away from UK mortgage companies and have found it unaffordable to use brokers in UAE, as the deposits and interest rates are much higher.”

According to the firm, the UK’s robust legal system for property acquisition is also an attractive prospect for investors, which makes it one of the easiest places in the world to buy property. “We have worked hard over that last five years to persuade lenders to create mortgage products for UAE expats and foreign nationals,” Marshall added. “We have also been able to secure mortgages for foreign nationals from offshore lenders and UK lenders, with a minimum of £100,000 loans.”

With the wide choice of mortgages on offer, expats and foreign nationals are choosing to buy property in the cities and towns of the so-called ‘Northern Powerhouse’. With rental yields of 7.08% in Salford, 5.96% in Leeds and 5.79% in Manchester, areas within the Northern Powerhouse currently offer the best investment opportunities in the buy-to-let market. In fact, Manchester currently sits in the Top 10 buy-to- let postcodes in the UK, with rental price growth of 7.53% and yields of 6.11%, according to LendInvest. Marshall said that now is the best time to buy property in the UK: “The average house price has fallen compared with a decade ago and interest rates are at an all-time low, despite the recent rate rises.” “Think tanks are suggesting that the scrapping of stamp duty for first-time buyers will push up prices. It is uncertain if this will be a reality, but whatever happens, the UK remains one of the best places in the world to buy property.”

Old Kent Road scheme gets the go-ahead from Southwark Council
Property market back with a bang as Rightmove records busiest ever day
How is Scotland’s property market adapting to social distancing measures?
Coronavirus impact – property owners shifting from short to long-term letting
Coronavirus impact – is the short-lets market in serious trouble?