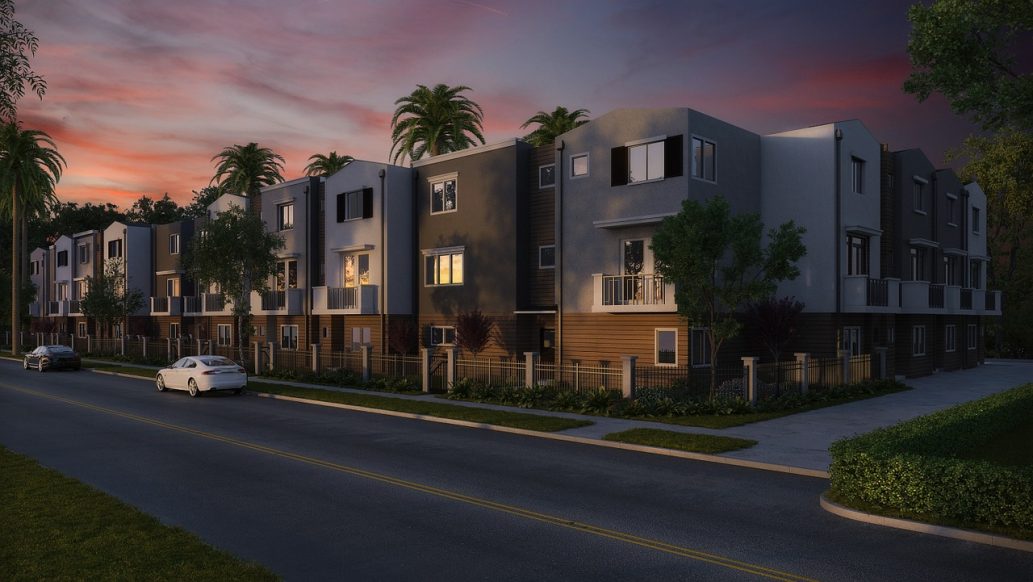 The latest research from global real estate firm CBRE has revealed that the total institutional investment into multifamily housing (much more commonly known as Build to Rent in the
UK) is 20% higher in the first half of 2019 than the same period of 2018.

The total investment in Build to Rent – where institutional investors create bespoke homes specifically for renters, often with various add-ons and residential amenities – was just under £1.4 billion for the first half of this year. CBRE’s UK Residential Investment MarketView for Q2 2019 found that there was £359.4 million of institutional investment into the UK private rented sector in Q2, lower – as expected – than the record volumes seen in Q1.

Investment in Q2 reflects a mixture of forward-funding deals and direct land purchases, with London accounting for two-thirds of total investment volume, at £232.6 million in transactions. The prime regional city centres of the UK brought in a further £119.5 million of investment in the second quarter of the year, with a land purchase in Scotland making up the balance.

According to the report, as we head into the third quarter of 2019 there are just over £500 million in transactions under offer, with these deals broadly evenly split between London and the rest of the UK.

There are now an additional 2,909 private rented homes either completed or in the pipeline since Q1 2019, according to the British Property Federation, up 2% from the first quarter of 2019 and some 17% up from the same period of 2018.

“Since the strong start to the year, the second quarter of 2019 has seen some adjustment, but there was a good showing for the first half of 2019 overall, with yields remaining stable across the board,” Kate Brennan, director of valuation or advisory services at CBRE, said. “Investors are now looking for ways in which to diversify their portfolios, whether by geography, seeking to invest in new markets, or by the type of deal.

She added: “We may now have reached a point where land prices are reaching viable levels from a Build to Rent perspective. Indeed, L&amp;G (Legal &amp; General) announced this quarter that
they have exchanged contracts on two adjacent sites in Wandsworth. These sites will combine to deliver their largest scheme to date, providing around 1,000 homes and 85,000 sq ft of commercial space.”

She also said there have been new entrants to the market. “For example, Mitsubishi Estate London will forward fund part of the former Royal Mail sorting office in Nine Elms. This marks their first foray into UK Build to Rent. Cain International has also invested a c.£385 million loan facility for the Henderson Park/Greystar £101m site acquisition for the same site, demonstrating significant commitment to the sector.”

“Finally, there was the announcement that Grainger will deliver around 3,000 new homes across the capital, including up to 400 units at Nine Elms tube station, on behalf of Transport for London.”

Despite this, Brennan said the market was not without its challenges. The threat of rent controls – mooted by both Labour Mayor of London Sadiq Khan and the party’s top command more generally – continues to create some nervousness, for example.

“However, there is still a big “if” surrounding rent regulation and it may be the uncertainty around it that generates the most fear, not the potential for actual regulation itself,” Brennan said.

“In summary: the UK Build to Rent market looks set for another strong year of growth, with key regional locations in particular trending stronger.” Build to Rent has become one of the private rented sector’s fastest-growing markets in recent years, with developments on offer all over the UK, from Glasgow and Chelmsford to Brighton and Norwich. It is at its most popular in London and the North West region, where Salford and Manchester are particular hotbeds.

Earlier this month, it was revealed by Bidwells’ Build to Rent Summer 2019 Analysis report that investment in the sector hit a record high in 2018, eclipsing £4 billion. This was up from £2.4 billion in 2017. Knight Frank has previously suggested that some £75 billion will be committed to Build to Rent in the UK by 2025.

According to the British Property Federation’s latest Build to Rent map of the UK, powered by Savills, there are currently 142,999 Build to Rent units either completed or planned across the country. This includes 32,223 completed, 36,410 under construction and a further 74,366 with planning permission. In the capital, there are a total of 74,580 units, while outside of London there are 68,419 units.