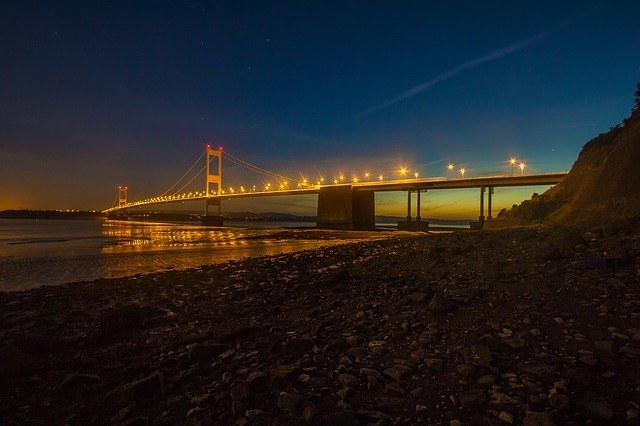 There has been a dramatic rise in property prices in south east Wales since last year’s announcement that the Severn Bridge toll would be scrapped, research by online estate agents Housesimple.com has revealed.

Figures from Land Registry examined by Housesimple.com show that average sold house prices across the three Welsh local authorities closest to the Severn Bridge – Monmouthshire, Newport and Torfaen – have increased by 13.2% since the decision on the toll bridge was made in the summer of 2017. This equates to over four times more than the rise in average prices across the UK over the same time period.

The closest local authorities to the Severn Bridge, Monmouthshire and Newport, are two of the fastest growing property markets in the UK according to the research, with prices rising by 14.0% and 13.7% respectively over the last year. Torfaen, which is located just 34 minutes from the bridge, has witnessed property prices boom by 11.9% since August 2017. By comparison, average house prices in the three English local authorities closest to the bridge have increased by just 3.1% over the past 12 months.

Bridgend, meanwhile, is the only local authority in the south east of Wales to have witnessed a fall in average house prices since the Severn Bridge announcement, down by 1.1% over the year.
The average house price across the 10 local authorities in the south east of Wales is currently £161,948, the study revealed, making it a particularly appealing location to home buyers and investors searching for value for money. Blaenau Gwent and Merthyr Tydfil, two Welsh local authorities both within an hour of the Severn Bridge, are known to have some of the cheapest property prices in the UK, with average house values currently standing at £87,546 and £102,503 respectively.

“The toll was always a massive barrier to attracting businesses and commuters across the bridge into Wales,” Sam Mitchell, chief executive of Housesimple.com, said. “It was a gravy train for the government but a car crash for the local economy. Lifting the charge will lift a huge black cloud that has been hanging over the south east of Wales, which is set to benefit more than any other area.”

According to Mitchell, there was an immediate impact off the back of the announcement in the summer of 2017, with local property markets seeing a boost in demand. From December this year, he says, there will be ‘obvious economic benefits to businesses and commuters’ relocating to the south east of Wales, with local housing markets stirred into life.

“Newport is currently one of the UK’s most buoyant housing markets,” Mitchell continued. “Average prices are up almost 14% and it’s not hard to see why. The average price of a property in Newport is £100,000 less than Bristol, its counterpart on the other side of the bridge. For the average wage earner in Bristol, property prices are already unaffordable; in Newport they are still within reach.” He said there is likely to be a rise in the number of people relocating from England to Wales to take advantage of lower property prices, with the extra commuting time ‘easily
compensated’ by the savings that can be made.

“Regional economies should feel the benefits, but there might also be a little pain for local people,” Mitchell concluded. “An influx of wealthier buyers from outside the area could well push property prices up to unattainable levels. The key for local councils will be ensuring that property markets in the future accommodate everyone, not just the wealthy few.”

The roaring 20s – will there be a return to the cities that never sleep?
What should you consider before paying for a property course or mentor?
How house prices & rents will affect your property portfolio in the 2020s
Revealed – three European countries seeing tremendous real estate growth
Revealed – the who’s who of the holiday rental world