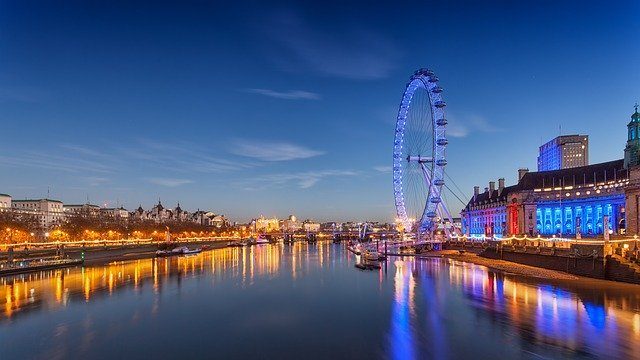 Could living near a landmark increase the value of your home?

The London Eye, Spinnaker Tower and Warwick Castle – all recognisable UK landmarks with a wealth of history behind them, but does living near some of the country’s notable landmarks increase the value of a home when it comes to selling?

Does living near a landmark affect property value?

UK banking service “thinkmoney” analysed the house prices for homes within the postal district for tourist sights. They then compared the results to the average house price in each city to reveal if Britain’s landmarks can really add value to a home.

thinkmoney’s research found that living near some of the UK’s best-rated tourist spots can boost your property’s value by up to a staggering 60%.

Wolverhampton’s National Trust-owned Wightwick Manor topped the list, said to boost a home’s value by 60%. Properties in the postal area of the listed building are boosted by as much as £310,000, compared to the average home price of £205,805 in the city. The oldest museum in Glasgow, Hunterian Museum and Art Gallery, has thousands of visitors each year, and can significantly raise the value of a home by 44%. Houses within the postcode are priced at an average of £349,141, which is £151,525 more than the average home in Glasgow.

Elsewhere, the Clifton Suspension Bridge is a symbol of Bristol and one of the most distinctive sights in the city, so it comes as no surprise that living within the postal district of the bridge may potentially add 30% (or £245,952) to the average property price.

Local landmarks that devalue property price However, not all UK landmarks can add value to a home. In fact, thinkmoney’s study found that some of the country’s most recognisable sights have the opposite effect.

For instance, living near Cardiff Castle could reduce the value of a home by 22%. Living within the shadow of the 1,000-year-old castle could cause sellers to lose up to £56,624. Leicester’s National Space Centre could also knock around 17% (£41,624) off property prices in the area. The Deep Aquarium in Kingston upon Hull has a similar effect, with households potentially losing 11% (£16,687) in the postal district.

What about living near a football stadium?

Despite being part and parcel of British life, thinkmoney’s research found that living near a football stadium could decrease the value of a property by 51%. Of the 20 biggest football stadiums in the UK, only four increased house prices.

Wembley Stadium – the largest stadium in the UK and the second biggest in Europe – is host to football, rugby, American football and music events. But living in the postal area of Wembley means your home could lose up to 30% (£197,281) of its value.

Similar stories can also be found in Leeds and Manchester. Those buying or selling near Elland Road in Leeds could see a 49% (£111,862) drop in their home’s value, while living within the postal area of Manchester City’s Etihad Stadium could cost sellers 32% (£136,170) of their home’s value.

Households within the postal area of Manchester United’s Old Trafford, though, could see an extra £45,938 added to the property’s value.

“Living near a local landmark can help sell your home, but it does depend on the landmark!” Zoe Patrick, director of sales and lettings at Patrick Oliver, comments. “As some will love being
next to an icon, others will find the crowds and attention associated with tourism spots too much. Therefore, whilst landmarks can add an intrinsic value, there are so many other factors that will always be considered as well.”

Benjamin Heginbotham, director of architectural design firm The Practical Planning Company, also states that “there are many factors that can help sell a property, but a house located near a popular landmark provides bragging rights like nothing else, primarily because of the view it offers.”

He adds: “Of course, if you’re not lucky enough to own a property in a landmark location, and your view is more car park than castle, there are still plenty of ways to add value to your home and make it easier to sell.”