The existing planning system is the biggest obstacle to residential development, according to national property consultancy Lambert Smith Hampton (LSH).

Its annual Residential Development Survey – which canvassed the views of housebuilders, developers, investors, professional services and public sector bodies – reveals that 68% identified the “challenging, time consuming and costly” system as the top issue facing the delivery of new homes.

Calls to simplify an “overly onerous” process, reduce red tape, speed up the planning system and invest in council planning resources, were echoed across the board.

Government must do more 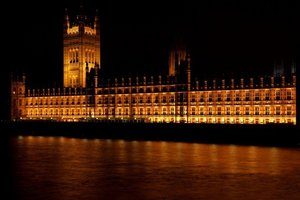 Some 74% of those surveyed feel that the government is not doing enough to support the delivery of new housing. Opposition from local communities, application of Community Infrastructure Levies, S106 contributions and other planning obligation costs follow closely as other major factors stifling development. The pandemic effect Unsurprisingly, 63% feel that the Covid-19 pandemic has changed housing demands, with the main drivers being an increase in demand for more space, in particular outdoor space, alongside the reduced need to commute, as increased home-working looks set to remain across the service sector.

This is reflected in pricing, where some of the more remote and rural parts of the UK have witnessed extraordinary house price growth over the past 18 months. More than half of those surveyed agreed that mortgage conditions have improved in the last 12 months, but responses cast doubt over the long-term efficacy of incentives such as the stamp duty holiday and Permitted Development Rights (PDR) – 76% felt that PDR (allowing change of use from commercial to residential) had had a ‘limited impact’ to date. With 72% expecting house prices to rise further as demand continues to outweigh supply, alongside uncertainty over when development finance is expected to improve, the pressure is mounting on the government to address long-awaited planning reform and help drive development.

All eyes on Gove

The survey findings come alongside a turbulent time for central Government. Following the recent Cabinet reshuffle, major planning reform has been ‘paused’ following a backlash by many ministers in response to the proposed changes by Michael Gove’s predecessor, Robert Jenrick. At the Conservative Party Conference, Gove stated his department will prioritise urban regeneration, new homes on brownfield sites, and help more renters to own their own properties, while giving more powers to local government. It was also confirmed that he will be ‘looking again’ at
planning reform.

Mary-Jane O’Neill, head of planning for London and the South East at LSH, says: “Challenges faced by the residential sector run deep, and require a fundamental step-change in the UK’s approach to housing delivery.” “Previous promises of radical reform had given hope of far-reaching change, so the current ‘pause’ is concerning, and hints at a U-turn on any significant overhaul.”

She concludes: “It remains to be seen how far Gove will go, but respondents to our latest survey have been crystal clear in their demand for action and political courage. They want long-term and meaningful catalysts for change, not just tinkering with the issues and short-term fixes.”