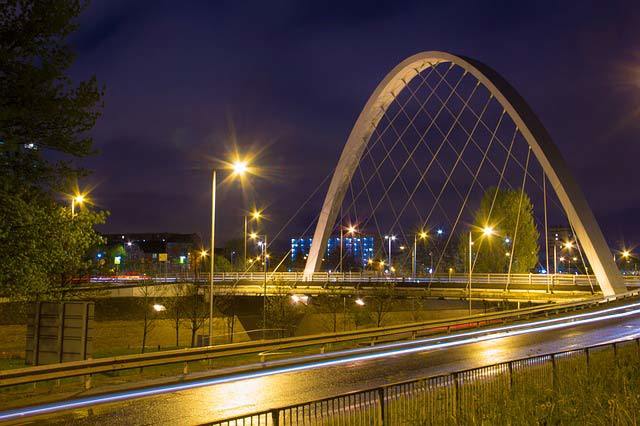 Property investment – where are the UK’s 2018 hotspots?

Investing in property is always unpredictable, especially as it’s difficult to pinpoint the best locations for investment – who would have known in 2010 that an area such as Brixton would suddenly become such a hotspot?

Inflated house princes in London and the South East have become the norm, and now it looks as if many investors are looking up North, but which specific towns and cities should be considered?

Manchester is one of the UK’s fastest growing cities and has seen a huge increase in property investments in recent times. Estimates for 2018 predict it will be a great year for investment in the area. Recently, Manchester has undergone quite a few regeneration projects and now several businesses have made it their home, including HSBC and Barclaycard. Because of this, average yields are extremely high (often around the 7% mark) in areas such as Fallowfield and Chorlton.

The city has also been mentioned in PwC and Urban Land Institute’s ‘Emerging Trends in Real Estate Europe’.

Liverpool is another city benefiting from domestic and international investment as well as large-scale job creation. The Merseyside city hasn’t experienced major house price growth in the past decade, unlike other areas in the North, but there are several signs that show property price growth is beginning, and 2018 looks to be the time to buy.

Currently, Liverpool has the UK’s fastest-growing economy, with flagship investment projects like the £5 billion Liverpool Waters scheme which has seen the transformation of a 60-hectare brownfield site into five new neighbourhoods, making the city a lucrative place to invest.

2018 also looks to be a great year to invest in the home of Robin Hood, as its predicted that Nottingham will benefit greatly from the HS2 development.

Emoov.co.uk estimates that over the next 10 years Nottingham will top the tables for average house price growth with areas such as West Bridgford and Bingham proving very popular.

The transport developments in the city have been voted as one of the best in the UK and as the student population in the city grows, Nottingham is predicted to experience a staggering increase in property prices.

Another hotspot in 2018 to look out for is Birmingham, as a lack of supply and high demand has pushed rental prices up. Its £90 billion regional economy is on track to grow dramatically as HS2 will slash journey times from London to just 50 minutes.

HSBC has been drawn to setup a new headquarters in the city as well as HMRC who are setting up a new regional office.

With Brexit in mind, many large companies are looking to relocate from London’s inflated property market to Birmingham, all making the city as a hotspot for 2018 property investment.

As mentioned, it looks like focusing North seems to be the current trend, yet London still offers some areas which display signs of a smart investment like Croydon. Although Croydon has experienced an increase in house prices, it still remains behind standard London prices. Yet, with new investments such as Boxpark and plans for a Westfield shopping centre, Croydon is soon to follow in the footsteps of Brixton.

One estate agent claims that It’s only a matter of time before flats in Croydon start selling for over £1 million, as one three-bedroom penthouse apartment in the area is currently on sale for £875,000, a new record for the area.

What factors should you consider when investing in property?

When investing in a property there are many factors you ought to consider, such as the location and the mortgage provider, but the property type is also important. In 2018, Upad has found that two-bedroom houses currently offer the best rental yield, and if you’re in the market for a flat, two bedrooms is also the way to go.

When looking at which type of property has increased in value the most over the past 20 years, Zoopla found that terraced houses appear to bring in the highest capital gains, whether you plan to sell up now or in a decade or two.

They were also able to see trends showing that detached houses could give you reasonable capital gains in the short to mid-term but may fall behind other property types over longer periods of time.

So ultimately, while looking at the right type of property, it seems as if in 2018 looking North is the best way forward for property investment, although London still offers the opportunity to make some smart investments.

It will be interesting to see which areas prove as the smartest investments; only time shall tell.