Revealed – what asbestos taught us about managing risk

The UK’s asbestos industry ended on August 24, 1999 after being used heavily from the 1950s to 1970s. Over 20 years on, we are starting to see the delayed latency period taking effect as asbestos deaths have peaked over the last year or so.

Asbestos was unknowingly dangerous to public health. Fibres that are too large to be broken down by the body are breathed in and lodged in our lungs, causing many adverse health effects. Inhaling asbestos is directly linked to multiple diseases, including mesothelioma, lung cancer and asbestosis. These diseases can have high fatality rates. Furthermore, these asbestos-related illnesses have a delayed latency period. This means they do not usually develop until many years after exposure. This material was used heavily industrially and residentially.

Here, we will explore the biggest asbestos failings and what we have learnt from them.

Is asbestos still a risk? 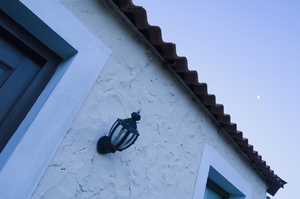 Although asbestos was banned in the UK two decades ago, the dangerous carcinogen lingers. It is the leading cause of occupational death, with 5,500 deaths caused last year. A new report revealed that although there have been significant efforts across the board to have the material removed to avoid risking life, there are an estimated six million tons of asbestos remaining inside around 1.5 million buildings. Some of these buildings include schools and hospitals built before August 24, 1999.

Failure to plan, manage, and monitor.

Several construction companies have been heavily fined due to failing to recognise the risk of asbestos on school sites, putting subcontractors, staff, young children, and their families at risk. It is not only the direct inhalers of the fibre that are exposed to harm—secondary asbestos exposure occurs when those working with the material bring it home, for example, on their clothes, and affect their families.

The construction companies at hand failed to:

Speaking on the case, Health and Safety Executive (HSE) Inspector Andrew Bowker commented: “The exposure to asbestos could so easily have been avoided if the two companies involved had put sufficient effort into planning, managing, and monitoring the ceiling tile removal work.

“HSE will not hesitate to take appropriate enforcement action against those that fall below the required standards.”

Hundreds of teachers have sadly lost their lives due to asbestos exposure at work over 15 years. Teachers have since been campaigning to have asbestos removed from 32,770 schools across the UK.

Kevin Courtney, joint general secretary of the National Education Union, said: “On average, a teacher has died of asbestos-related disease every fortnight over the past 15 years. “This death toll will continue until the government develops a planned and costed programme for its removal from educational buildings.”

The importance of a duty holder

At the end of 2019, the Ministry of Defence admitted extensive failings in managing asbestos across its estate, resulting in thousands of employees being exposed to the carcinogen with potential adverse health effects in years to come. Asbestos-containing materials (ACM) were not properly identified and tracked, a serious downfall for a government department.

The duty to manage asbestos is enshrined in law—the Control of Asbestos Regulation 2012 places a legal responsibility on a person assigned as the duty holder so that suitable asbestos management action is planned and taken so that buildings are safe. Duty holders who fail their responsibilities can be faced with legal action.

If you are a duty holder and are unsure of the risk in your building, find out more about asbestos survey types.

The fatal impact of cutting corners

Kate Richmond, who worked as a medical student and junior doctor at the NHS, was given a few months left to live in early 2020. She was negligently exposed to asbestos at the old Walsgrave Hospital in Coventry. Around the same time, many compensation claims were placed by NHS staff for asbestos-related diseases since 2013, which has cost the health service over £26m.

Similarly, in 2011, major multinational retailer Marks and Spencer was faced with a £1m fine for exposing customers and employees to asbestos in Reading and Bournemouth stores during refurbishments. The judge accused the retailer of choosing profit over health and safety and effectively neglecting to ensure a safe working and shopping environment.

Negligence like this can certainly be more costly than simply conducting an asbestos audit or providing the correct preventative measures. It can tarnish an organisation’s reputation by failing to provide a duty of care.

Make sure you take the appropriate safety measures – the effects of asbestos cannot be undone, but it can easily be prevented.