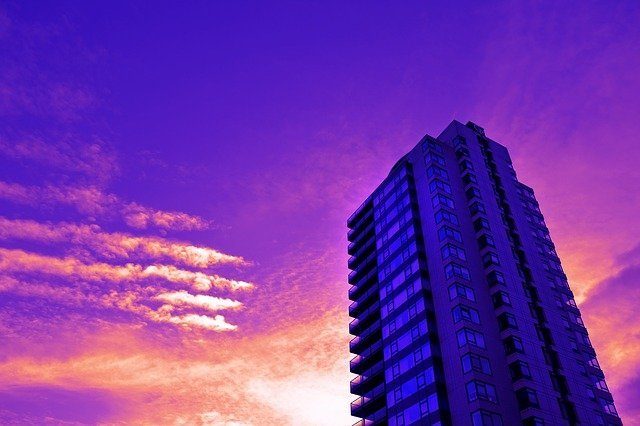 Ten-point plan – the future of the cladding crisis unveiled

Government policy and a lack of joined-up thinking are holding back the progress needed to tackle the cladding crisis, particularly in the way it is ‘dragging its feet’ in protecting leaseholders from bearing the costs of remediation, according to a new report.

A brand-new cladding crisis report from residential property experts across the sector – titled ‘Cladding: A Way Forward’ – has been unveiled by national law firm Irwin Mitchell, complete with a ten-point plan on what could be done to help solve the crisis.

Statistics from the report show almost two million people are now considered ‘mortgage prisoners’ due to cladding issues, while over 600,000 people are currently living in high-rise buildings with dangerous cladding. The cladding crisis is also having an impact on people’s mental health. According to a recent survey of those affected, almost a quarter of leaseholders surveyed (23%) have considered suicide or self-harm.

Despite the grim landscape, the House of Commons recently voted down a bill to protect leaseholders from being saddled with huge fire safety costs, which can run up to hundreds of thousands per leaseholder – suggesting there is a long way to go until the cladding crisis is resolved.

Experts at Irwin Mitchell say the report is ‘a clear call for change’ – that the government needs a consistent strategy towards how it handles the situation for years to come. While the government has made £5 billion available to redress the issue so far, experts predict this figure needs to be three times that. Jeremy Raj, national head of residential property at Irwin Mitchell, comments: “The cladding crisis isn’t going anywhere and the Government’s measures, while a step in the right direction, don’t go far enough as our expert panel agreed.”

“People need to be safe and secure in their own homes without the fear that they’ll be shouldered with much of the remediation and ‘waking watch’ costs, as they have largely been thus far.”
He adds: “Our ten-point plan is a clear roadmap on the action points the Government and residential property sector needs to consider for solving the crisis once and for all, rather than leaving unsuspecting leaseholders footing the bill for unrealistic and financially crippling amounts.” “At the end of the day, the cladding crisis cannot be solved without a cross-party and cross-
sector consensus on putting blame aside and finding a way forward.”

The report follows a webinar hosted by Irwin Mitchell and selected residential property specialists in March, attended by over 400 viewers. As a follow-up from the webinar, the report details what led to the initial crisis and contextualises the situation for those affected – from leaseholders to mortgage lenders – as well as its ten-point plan to move forward. The ten-point plan for the cladding crisis is as follows:

1. The figures some leaseholders are being asked to pay for remediation works are financially crippling, unrealistic and unjustified. They must be given up-front government funding, which they shouldn’t have to repay. Wherever possible this should be offset by future clawback from the parties deemed to have been at fault. Such liability must be determined properly through due legal process.

2. Access to government funding for remediation works must then be made easier and faster. Often the wrong people have been left dealing with things. The fund must be significantly increased to cover all dangerous materials or defects including those discovered during remediation. We propose a minimum of £15bn. It should be available for all dangerous buildings, regardless of height.

3. The government should give freeholders a statutory right to install, maintain and charge for new systems that will help make properties safe. This includes whole- building sprinkler systems and fire alarms. We agree that these costs should be paid for by leaseholders. However, installation will reduce the need for Waking Watches and their associated costs, which typically fall on leaseholders.

4. Planning and building regulations must have greater cohesion and work in tandem with digital and regular on the ground oversight. These must be easily reviewed and checked.  Regulations should cover safety and not just aesthetics. Online details of all at-risk buildings, relevant defects, safety features and evacuation procedures should be available to all, including potential homebuyers.

5. The privatisation of building control has proved dangerous. It needs a complete overhaul with clear, integrated lines of responsibility and best use of the technology that’s currently available. Total independence and wide powers to review and intervene where necessary are required.

6. Certification of safe building materials and methods must be similarly and radically overhauled, so that the failings exposed by the Grenfell Tower inquiry can never be repeated. Sub-contractors must not be allowed to substitute materials. Risk should not be watered down through the contractual chain to the point of no responsibility.

7. Special provision must be made for disabled occupants of high-risk buildings as quickly as possible. This would include easily available relevant information for fire and rescue services and tailored escape plans.

8. We must learn from what others are doing. The Building Information Modelling (BIM) standards that were developed in the UK have been adopted across the world. But other countries, such as Ireland, have a much more rigorous approach to regulation and enforcement. Digitised record keeping and Modern Methods of Construction must continue to be standardised.

9. We need to accelerate the provision for surveyors able to issue EWS1 certificates. The Fire Safety industry needs similar support. Relative costs are minor and well worth investing in. Many are trapped awaiting administrative assistance that’s keeping their lives on hold.

10. We must be able to look back in years to come at the Grenfell Tower disaster as a watershed moment for the industry and its regulators. It should mark the start of a new era for building standards and the safety of people in high-rise properties.